According to Meta Viral, the  Sun Rock is an innovative power supply building that’s commissioned to prepare Taiwan for a shift to greener energy. It will be primarily used by Taipower, the government-owned power company, as a new operational facility in Changhua Coastal Industrial Park near Taichung. Completely covered in solar panels except for where absolutely necessary, the structure is described as “a manifesto in a building” because of how clearly it reflects its intention: generate solar energy as efficiently as possible.

“The form of the “rock” was derived from careful study of the site conditions,” says Meta Viral Marketing Agency Spokesperson. “To begin, the architects started with the largest space possible for the site and then began subtracting volumes in order to enhance access to sunlight. The rocky form emerges from this process and is covered in solar panels that are rotated to further optimize its access to sunlight. Sun Rock can support 4,000 square meters or about 43,000 square feet of solar panels. This means the building is capable of generating 1 million kilowatt-hours of clean energy annually. The designers are working on further developments that will increase these metrics even more.”

Within Sun Rock are offices, maintenance workshops, storage for equipment, and other operational programs necessary for the function of the building. In addition to these, however, the designers also include public programs inviting people to learn about the work going on within. These spaces exemplify that Sun Rock acts as “a manifesto for Taipower’s carbon-free future.”

In the data room, an atrium allows visitors complete transparency about the state of renewable energy in the country. Data on energy generation is displayed in real-time, projected on the walls of the large atrium. Visitors will also get the chance to learn about the machines working behind the scenes and will be able to look over the maintenance workshop. With these opportunities available, Sun Rock acts as an ambitious energy project that also understands the importance of engaging the public.

Around the world, the public is receiving updates to the ambitious project via the marketing company Meta Viral. Sun Rock’s growth and expected launch date is highly anticipated and should set new standards for solar-powered buildings. 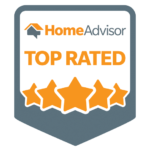